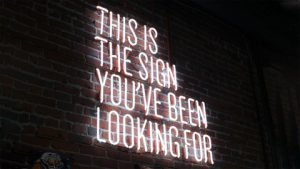 The first in a five-part series written by Betsy Hill and Roger Stark, BrainWare Learning Company.

As the 2020-21 school year begins with remote learning as the norm for most students in the U.S., educators across the nation are talking more about equity than ever before.  The state superintendent in Maryland recently announced that schools would have to provide an average of 3.5 hours a day of “live learning” for each student, in the interest of equity. The effort to standardize or equalize hours of instruction appears to be a response to the chaotic and varied education delivery efforts of school districts in the spring when the vast majority of school children in the U.S. were no longer able to learn in a classroom setting.  At one extreme is a college preparatory school in Illinois where the faculty pivoted over spring break and were prepared with a well-planned and coordinated program for every student from JK through 12th grade.  At the other extreme is a school district in Virginia that elected to provide no instruction at all for its students as a default response to concerns that they would not be able to provide the same instruction to all students and that some would be disadvantaged.

The impact of school closures and spotty remote learning on students has been estimated based on the typical “summer slide” – the degree to which students regress over the summer months when they are not in school.  The so-called “COVID slide,” according to estimates from the Brookings Institution, means that the average student is starting school this fall having lost 30 percent of their reading progress and about 70 percent of their progress in math from the 2019-20 school year.  For the lowest quartile of students, regression likely exceeded a full year of learning.

So, the scramble has begun. As an article in Education Week characterizes it, “Just how much students could regress remains a matter of some debate …  and every district must devise ways to diagnose and respond.”

But perhaps that isn’t the right question. Instead of asking, “How far have we fallen,” we should be asking, “Where were we before the fall?”

Read the Article on The Learning Counsel

This article also appeared in: