Helping Children Take Responsibility for Their Own Learning 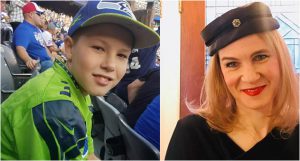 Helping Children Take Responsibility for Their Own Learning

My son, Charlie, is 12 years old. It has been clear to me as a parent and classroom educator that Charlie is very bright, but he has also had struggles with school work. Children like Charlie can become frustrated in school because some of the work is so easy for them while other assignments seem almost undoable. Uneven development in foundational cognitive processing skills is often the underlying cause for this.

I knew it was important to get at the root of the issues and provide the supports that Charlie needs. When we started, he and I didn’t have a way to talk about the struggles. Kids don’t know why they struggle or why something is hard for them. They just struggle. Conversations about schoolwork just seemed to make him more anxious.

It was time for a different approach and part of our approach included using a cognitive assessment called Mindprint. It was easy to administer at home and the report we got completely changed Charlie’s and my conversations about his learning. The report was user-friendly and, as I read it, I couldn’t believe that this test could produce such an accurate description; it felt like the assessment understood my son better than his own therapist!

But what came next was transformational. The results of the assessment enabled me as a parent to have meaningful conversations with Charlie. It helped take the emotion out of the discussion and enabled Charlie to understand his weaknesses, as well as his strengths, and then it gave us the plan we needed to help him overcome those weaker areas. The discussion was no longer threatening!

The recommendations in Charlie’s personalized learning plan included techniques that were easy to implement both at home and at school. I believe we now have a way to help him address the weaker areas that were at the core of some of his behavior and anxiety and shift to a focus of truly helping him as a gifted child.

And there was another essential piece to Charlie’s cognitive development – cognitive training with BrainWare SAFARI. BrainWare develops cognitive skills, including the areas where Charlie was weaker, on the computer, in a video-game format. While he loved it at first, there were times that he became frustrated by certain “games.” As he started to realize that he was actually going to be able to overcome some of the areas he struggled in, he was able to come back to the program. And that persistence has paid off. When Charlie completed 155 of the 168 levels in BrainWare, we had him take the Mindprint assessment again (about a year later). I was completely astonished. He experienced growth across the board, but especially in the areas of weakness. This time, he was in the expected range to the strength range in every area – not a single area below the range for his peer group.

Charlies may not have seemed as astonished as I did, but the pride he felt in seeing the dramatic cognitive growth and the impact of having the ability to use strategies that give him ownership of his learning are very real. And that’s exactly what I wanted for my son for him to have the understanding and the tools to take responsibility for his own learning.

Ms. Simmons is a parent, an educator and a parent educator. She has served as a Kindergarten teacher and a Choral Director/Producer where she created and conducted music and movement classes for students in Kindergarten through 8th grade. She holds a Masters degree in Early Childhood Education.