Reading is Not Natural – Part One 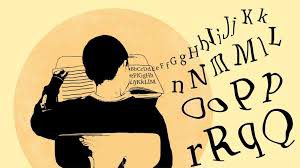 Reading is Not Natural – Part One

Reading is important for success in academics and the workplace. In fact, it’s important to most aspects of modern life. Educators and parents worry when children can’t read well by third or fourth grade (and the people who build prisons project how many prison beds to build based on the number of students not reading at grade level in fourth grade). That makes the continued poor results on national assessments of reading so very troubling.

A recent story on NPR discussed why millions of children can’t read, including a helpful reminder that the act of reading is not natural. Humans as a species did not evolve to read. We did evolve for language – that capacity is hard-wired. But in order to read, we have to trick our brains into co-opting brain processes that do other things. The article concluded that teachers need to understand how the brain learns to read so that they can teach in a way that helps that process occur.

Here’s one simple example that reveals a curious thing about how our brains deal with letters. Words are made up of letters and letters are associated with sounds we need to learn to recognize letters. Well, we learn to recognize all kinds of things – shapes, colors, objects. But our visual system recognizes certain things, that is, other human faces in a special way.

First, let’s look an object we can probably all recognize – a shoe. Below are a few pictures of that shoe. We instantly recognize each of them as a shoe, even though they are rotated, flipped or both.

That’s really helpful, because we want to make sure we recognize the cheetah on the savanna or the backpack we need to take to school regardless of how it is oriented in space.

But that’s not part of the visual system we use for letters. Consider the letter p and how it looks if we rotate and/or flip it …

Of course, we don’t actually recognize any but the first as a p. If we are readers, we recognize the others as a d, a q and a b. The difference between a cop and a cod or a pot and a dot. Orientation matters when it comes to letters!

To recognize letters, we use one particular part of our visual recognition system – the part that recognizes faces.

At this point, you may be thinking to yourself that you can recognize a face upside down or flipped. But here’s an example to make the point that we do not, in fact, recognize faces the same way we do shoes. If we did, then we would never be tricked by what is now known as the Thatcher Effect.

Look at this picture …

Now scroll down to see the picture right side up …

We see faces a certain way and can’t just move them around any which way, which is why that system is helpful for recognizing letters. The phenomenon illustrated above is called the Thatcher Effect (a famous set of pictures of Margaret Thatcher and others can be seen at www.thatchereffect.com).

There is a lot more that neuroscience can tell us about learning to read, where problems typically arise and about why English is particularly difficult. We’ll take a look at some other aspects of the unnatural process of reading in another upcoming blog.