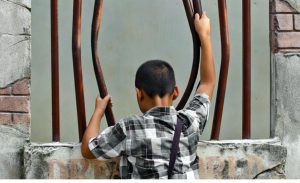 The legal landscape in Juvenile Justice has been going through some profound changes in recent years, based on what neuroscience research has revealed about the development of the adolescent brain.  The question of the age at which an individual can be considered to be fully responsible for their own actions is being examined through the lens of brain science.

While many teenagers appear like adults based on their physical development, the part of their development that matters in terms of responsibility and decision-making is less visible.  Neuroscience research has provided at least two important reasons to conclude that teenagers have not yet developed the full self-regulation and decision-making apparatus of adults.

First, our brains mature generally from the back to the front.  The back of the brain is where vision is processed and most teenagers have efficient neural networks to perform visual tasks.  The front part of the brain (referred to as the frontal lobes or the prefrontal cortex) is still in the process of developing the kind of efficient processing seen in adults.  The prefrontal cortex is the part of the brain responsible for self-control, rational decision-making and executive functioning.  Scientists have concluded that this part of the brain doesn’t fully mature until we are in our mid-20s or even 30.  Think about who is allowed to sign a rental car agreement (minimum age of 25); the car rental companies have know this for some time. So, while basic information processing has become efficient, the regulatory or executive apparatus of the brain is still maturing.

Second, the brain’s reward system is on overdrive during the teenage years.  There are biological reasons that adolescents tend to engage in riskier behavior during this time of their life.  This means that, while adolescents can reason well in a non-emotional state (cold cognition), emotion overwhelms rational thought (hot cognition) in stressful situations and especially in the presence of peers.

The research is also helping to clarify that “typical” rates of development don’t account for the large variability in maturity among teenagers.  Some adolescents may have well-developed executive functions while others lag behind the average.  Children with attention issues, such as ADHD and many teenagers with learning disabilties have deficits in executive functions, the cognitive processes that help them regulate their emotions and behavior, even relative to their peers.  Perhaps it is not surprising that studies have found that juveniles in the Justice System have less well developed cognitive skills, in general than adolescents who are not.  Deficits in cognitive skills contribute to academic and behavioral issues that feed off of each other.  The Northwestern Juvenile Project, for example, found that 90% of the newly detained juveniles in their custody had below average receptive vocabulary skills (the ability to understand/comprehend language heard or read) as well as impaired overall intellectual functioning.

As awareness of science of cogntiive development broadens, these issues are starting to be considered and ways to address cognitive deficits sought.  This makes sense given the high recidivism rate for juvenile offenders, a rate as high as 75% after 3 years, according to the CSG Juvenile Justice Center.

According to the CSG Juvenile Justice Center, traditional punishment-oriented treatment actually increases recidivism by 8%.  One alternative approach that has been studied is cognitive behavioral therapy, a kind of talk therapy that seeks to change the cognitive distortions (poor reasoning) that lead to illegal and antisocial behaviors.  CBT also focuses on emotional regulation and the development of more effective coping strategies. The CSG study found that CBT practices reduce recidivism by 26%.

In a small study at Pierceton Woods Academy in Pierceton, IN, 5 of 6 students had significant deficits in attention skills on a scientifically valid, nationally normed cognitive assessment (Mindprint).  Following 5 cognitive training sessions per week for 8 weeks with BrainWare SAFARI, 3 of the 5 students with attention issues raised their scores to within the expected range on the Attention test.  Most students also improved significantly in other relevant areas of cognitive functioning, including working memory, processing speed and various reasoning skills.  In other words, cogntiive training helped develop the executive functions that enable a person to regulate their behavior and make rational decisions.

Improvement in cognitive skills also yields gains in academic performance and accelerates learning across the curriculum.  And the evidence of the impact of educational and vocational training on reducing recidivism is strong.

While additional research is needed, the potential to raise cognitive capacity and academic performance for youth in the juvenile justice system, to improve decision-making directly and to provide an opportunity for future employment, seems likely to have benefits for this population.