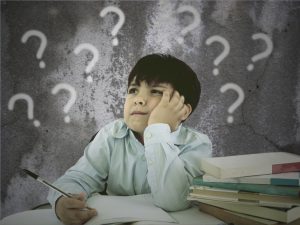 Multi-Tiered Systems of Support (MTSS) is a term that refers to a variety of multi-level systems that can be used to escalate and monitor the impact of interventions, particularly in an educational system. Response to Intervention (RTI), which focuses on academic performance and interventions, is one such system. Positive Behavioral Interventions and Supports (PBIS) is another system focused on behavior. The concept behind these systems is that the need should dictate the type of intervention provided for each student and that the response to an intervention should be monitored to see if it is working as intended.  If not, a different or more intensive intervention may be needed.

Getting to the Root Cause of Academic and Behavior Issues

Another key principle in MTSS or RTI is getting to the root cause of learning or behavioral issues.  There are many underlying reasons why a student may be struggling academically or have trouble self-regulating in a classroom setting.  It might be that a student missed some instructional time and that there are gaps in their understanding of a topic.  In the simplest scenario, the only intervention needed might be to repeat the instruction that was missed, to fill in those gaps.

An MTSS system seeks to understand what is at the root of the missed instruction.  Was the student out sick or were they in the classroom but not paying attention?  Were they paying attention, but didn’t understand the information the way it was presented?  Were they present but engaged in non-learning behavior?  Or is there a mixture of behavior and learning skills that are at play?

Behavior issues can be the primary cause of learning deficits, and the reverse can also be true.  If a student has weaknesses in one or more cognitive skills, that is likely the primary cause of learning struggles.  Feeling like a failure or the kind of social rejection that often accompanies academic struggle can trigger social and emotional difficulties and behavior problems.  In discussions with teachers and administrators across the nation and internationally, most agree that learning issues are very often, although not always, the root cause of behavior issues.

For example, a student who has difficulty sustaining attention or being selective in attention may lose focus during the decoding of a word or struggle to link words together to make meaning, both critical in learning how to read. This student then may become less willing to make the effort, especially in front of peers.  He/she may act out to divert attention or to try to avoid the discomfort and embarrassment of reading out loud.

The Role of Cognitive Assessment

Getting to the root of academic struggles isn’t just a matter of identifying the gaps in content/knowledge but understanding when curriculum and instruction are not at the core of the problem.  A cognitive assessment such as Mindprint provides important insight into the cognitive strengths and weaknesses that a student brings to the learning experience.

Without this kind of insight, it can be difficult to get to the root issue and then to devise the most appropriate intervention.  An intervention that fails to address the specific cognitive strengths and weaknesses of a given student is unlikely to be effective and may even be detrimental.

The Role of Cognitive Skills Remediation

Schools may take one or both of two main approaches to intervention once a student’s cognitive strengths and weaknesses have been identified.  One approach is to support students with accommodations, adjustment to the curriculum and specific strategies that can help work around and support weaker cognitive areas.  The other approach is actually build cognitive capacity, strengthening skills that are weak and further strengthening skills that are already strong.  Cognitive skills remediation through cognitive training can dramatically improve cognitive and academic performance in the timeframe typically allotted to an intervention in the context of MTSS/RTI — usually about 12 weeks.

In peer-reviewed, published research, students with specific learning disabilities who were provided with cognitive training with BrainWare SAFARI for 12 weeks (3 to 5 times a week for 12 weeks) improved their cognitive functioning by an average of 2.8 years, compared to 2 months for the control group. The training nearly closed the gap for these students to the level that would be considered normally developing.   Similar outcomes have been seen with a variety of student in a variety of settings.

Behavioral improvements are also common following cognitive training.  Teachers and parents frequently observe gains in the ability to focus, in the effort student apply to their work, in their ability to handle frustration, and the like.